Sky over here, this evening 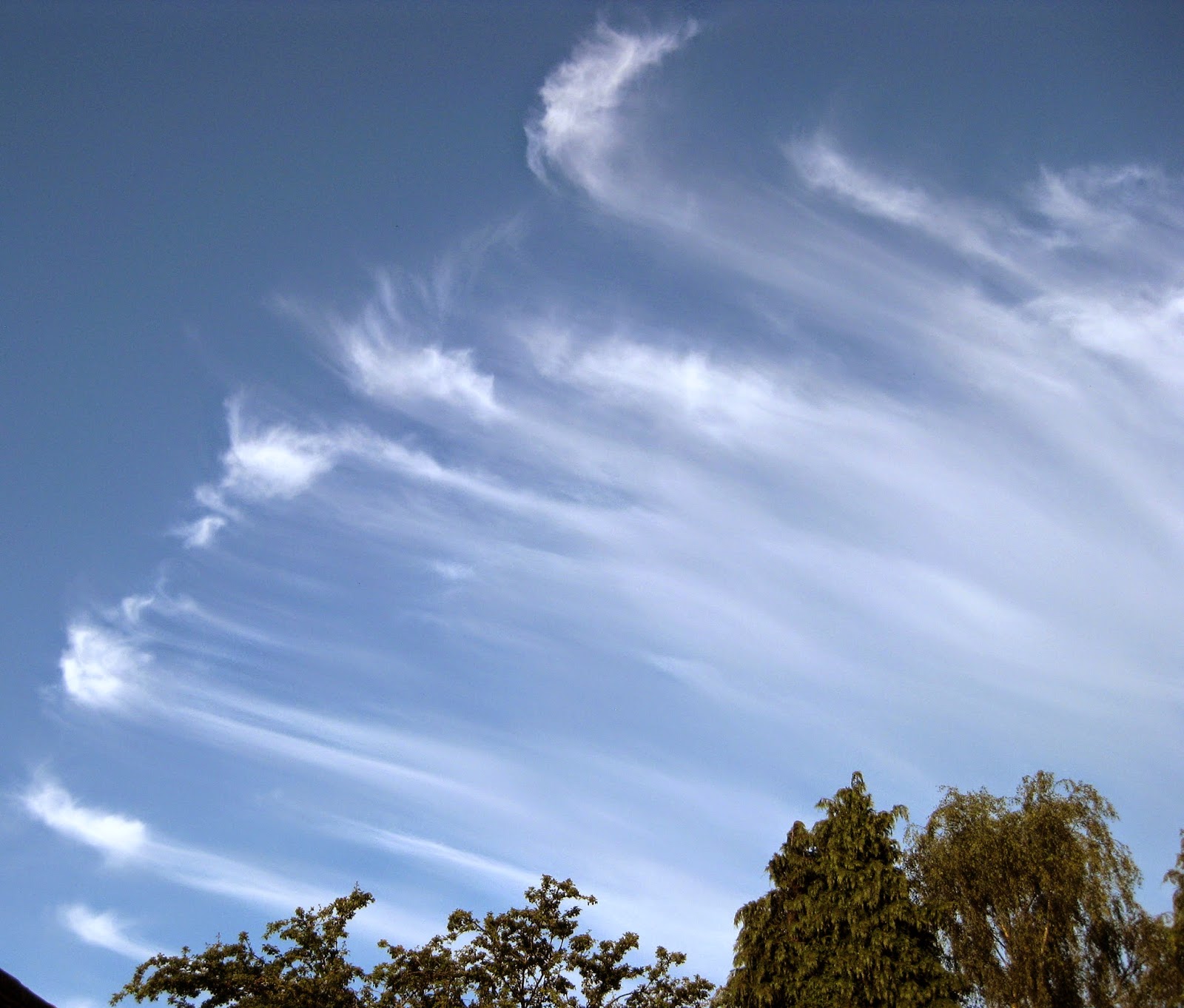 Has anyone been ‘upgraded’ to the all-new BT Mail service recently?

Have you yet torn out all your hair or smashed yourself in the teeth?

BT have been trailing their divorce from Yahoo for over a year now, and the decree nisi finally came through last Friday.  You’d think that’d be long enough to provide, at the least, a stable service which doesn’t crash every few hours (if it manages to load in the first place); also that one would be able to do, at least, everything one could before.  (It’s supposed to be ‘better’, to use their word.)

But no.  I had a call from a nice man in Mumbai, who unfortunately had clearly never seen this system before.  He took over my screen and clicked around all over the place, checking all the settings I’d already (obvs) checked, before informing me that ‘this function is not supported by the new BT Mail’.
(For the record, the function in question is the ability to skip to the next or previous email.)

I fumed for a bit, and muttered about switching to gmail.  (This may yet happen, those of you who have my email address, watch this space…)  Then I clicked on to Blogger (another Google ‘service’), to find that my dashboard can now only show one post at a time from my so-called Reading List.  I’ve been away, so hadn’t noticed this, but apparently the problem has existed for at least a week; hundreds of people have complained, and been exhorted to be patient.

I think I’ll buy a batch of postcards and first class stamps and send my communications by the Royal Mail.  Oh, hang on –

Jackson’s, a legendary department store in the centre of Reading, finally closed down last Christmas Eve, after 140 years of selling school uniforms and sensible underwear and imitation Dresden knick-knacks, and of being as iconic a landmark in Reading as, say, Selfridge’s in Oxford Street or Lewis’s in Leeds.  Plans have just been unveiled to preserve the façade, whilst installing flats* and, yes, shops, behind it.


I think I shopped there three times.  Once for an unlined cream linen jacket (which I wore for many years) and a panama hat (I must have been going through some kind of Somerset Maugham phase), and twice for presents for elderly aunts.  Jackson’s was the go-to place for presents for elderly aunts.  So I can’t say I’ll miss it as a shop – but I think I will as a symbol.

A symbol of what?  Well, walk into T. P. Hughes, Pettits, or Ocky White’s, to take three examples I am (or was) familiar with, and you’ll be uniquely in Tenby, Wallingford or Haverfordwest: those shops are (or were**) intrinsic to the town where they were born and grew up.  Walk into John Lewis, Debenhams or House of Fraser, and you could be anywhere.  This is not to denigrate the big chains, just to say that something special is being lost.  Crankiness, quirkiness, localism, call it what you will.  I kind of wish I’d shopped in Jackson’s more.

In Bournemouth, where I was born and grew up, there were four big department stores, all very different.   Bobby’s turned into Debenhams, while Plummers also briefly became Debenhams (until Debenhams decided they couldn’t sustain two stores in the same town and closed it down).  The surviving Debenhams has recently been rebadged as ‘Bobby’s, though I doubt if the clock has been turned back to the fifties.  Brights is House of Fraser.  Only Beales survives.  The last time I was in there, ten years ago, it hadn’t changed much.  I bought a wallet, which I’m still using.

I was once told that you could identify a good town by the presence of a pet shop, an old-fashioned ironmongers’ and a second-hand bookshop.  Any candidates?

* Some of which will, apparently, be ‘affordable’, as opposed to the other sort – but that’s another debate.
** Ocky’s closed down in 2013.  I can’t say I regret the shop, only went there once, but I do rather regret the name.
Posted by Tim at 21:42 6 comments:

Please prove you are a robot

‘Eugene Goostman’, either a dysfunctional Ukrainian teenage boy or a computer-generated simulacrum, has, it’s claimed, passed the Turing test, by fooling a third of a panel of judges into believing that he (it) is the former.


I propose an updated Turing test: ask Eugene to write a blog.  That’ll sort out the brains from the bots.
Posted by Tim at 22:13 1 comment:

I find a poem

I've been having a clear-out, and came across a pile of old notebooks.  In one of them, I stumbled across the following, written almost exactly twenty years ago.  I've only changed a few words.

The sunshine shines
And the garden gets too hot
And Peter and Christopher
Line up all the shots
But their energy goes draining
Down the drain of tomorrow’s good ideas.
Oh dear,
Where’s the spirit of the War?

Peter says he was out there
While Chris stayed at home;
But Chris says what were you there for
When I was looking after Mum?
And the garden gets too hot
And the reason for the game
Gets lost.
Oh dear –
Was there a reason for the War?

The sun is going down
Melting in the West
And Peter sips his sunset drink,
And thinks about his best friend.

And the mother of these grown-up boys
Will be forty in July;
So she spreads the linen tablecloth
Gets everything arranged,
And doesn’t wonder why
Everything has changed.

The shadow of the cherry tree
Is heavy on the lawn
And Christopher and Peter
Pull up all the hoops
By their roots.
They stack them in the shed,
Ready for the next game.